The word ‘whiskey’ (or whisky) comes from the Gaelic uisce beatha, meaning water of life. Irish whiskey was one of the earliest distilled drinks in Europe, arising around the 12th century. It is believed that Irish monks brought the technique of distilling perfumes back to Ireland from their travels to the Mediterranean countries around 1000 A.D. The Irish then modified this technique to obtain a drinkable spirit. Whiskey was first recorded in Ireland in 1405. It was later recorded in Scotland in 1494.The Old Bushmills Distillery claims to be the oldest surviving licensed distillery in the world ,the distillery claims a heritage to a license from James I in 1608, and the Bushmills Distillery Company was established in 1784). A statute introduced in the late 16th century introduced a viceregal license for the manufacture of whiskey.

In the early twentieth century Irish whiskey was the most popular whiskey in the United States, however prohibition between 1920 and 1933 greatly upset the export market and forced many distilleries out of business. The Irish War of Independence and subsequent civil war also made exporting whiskey difficult and following independence a series of trade disputes with Britain cut off export to all Commonwealth countries, greatly hampering the industry. By the 1960s there was only a handful of remaining distilleries in Ireland, and in 1966 they amalgamated under the name of Irish Distillers to combine their resources. By the mid-1970s there were only two distilleries in Ireland, those of New Midleton and Bushmills, both owned by Irish Distillers. Production reached a nadir at about 400,000 – 500,000 cases per annum during the seventies, from a height of 12 million cases around 1900.[1] The takeover of Irish Distillers by Pernod Ricard in 1988 led to increased marketing of Irish whiskeys, especially Jameson. Since the early 1990s Irish whiskey has undergone a major resurgence and has for over 20 years been the fastest growing spirit in the world. Production rose from 4.4 million cases in 2008 to 6.5 million in 2013, with growth projected to rise to 12 million cases by 2018. As of 2013, roughly 800 people were employed full-time in the whiskey industry in Ireland. 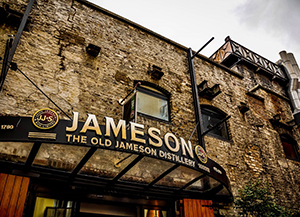 Discover the Jameson Irish Whiskey story, where the last chapter is drinkable. Visit the original Bow Street distillery in Smithfield Dublin, the place we’ve called home ever since John Jameson first set up shop in 1780. A trip to Bow Street offers guided tours and tasting experiences that will give you a real appreciation for the Jameson story, from our heritage, to our production process which gives us our unique, iconic taste. 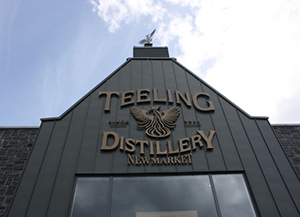 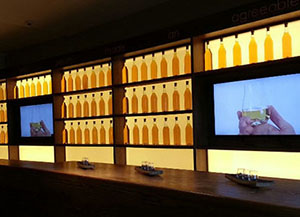 Welcome to the Irish Whiskey Museum, the first Irish whiskey museum in the world! If you are searching for things to do in Dublin, this wonderful new Dublin museum is located across from the main entrance of Trinity College, in the heart of Dublin city. 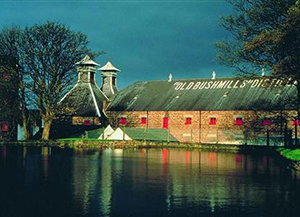 In the small village of Bushmills, settled on the banks of the river you’ll find the oldest working distillery in Ireland. A place where family and friends have worked for generations, in a small Northern Irish villiage that for over 400 years has kept to the philosophy that hand crafting small batches is the way to produce beautifully smooth tasting Irish whiskey. 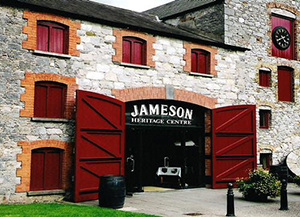 Jameson was born and raised in Dublin, but eventually we outgrew our city home. In 1975, we moved our entire whiskey making operation to the green surroundings of Midleton, Co Cork. The fresh air has been good to us, but we can’t claim to be starting completely anew. The original buildings at the Midleton Distillery date back as far as the 1800s, and were used to mature Cork Distillery Whiskey (now known as Paddy Whiskey). Visitors come face to face with original kilns and pot stills from that time and explore warehouses that have matured whiskey for more than 2 centuries.